Ok it was raining this morning in Sevenoaks, and I had agreed to meet a bride and groom who are considering using me as their selected wedding photographer.

We met in Knole park in Sevenoaks in the tea rooms, one piece of cake and a cup of tea later Sanjay, the groom said let’s do this thing, like he was in an action movie, Katharine got up as well and we walked to the door, it was raining like we were in the tropics, I looked around and said well I guess another cup of tea is in order.

This prompted us to have a discussion about what happens if it rains on the day of your wedding, after all you can say to everyone, sorry all let’s do this another day.

My reply was this, it’s going to stop raining soon and we can get out there, don’t panic, I could see that they had worked up the nerve to have their pre shoot with me and after getting the confidence to have me point my camera at them in a public place we were stopped at the door, like someone ready to run a marathon only to find out after his or her best exit from the blocks it was a false start.

As a photographer you have to be aware of this and how people are feeling after all capturing that moment is all about emotion, I did read this a little and thought it best to chat about what normally happens if it rains, I guess you’re wondering what happens then? Well it’s simple either get wet or don’t, just wait a little while as usually when it rains normally there is some break and at worst we can aim for the break or shoot indoors if there is none, it’s all part of understanding what to do with light and how to adapt to the situation, if however I had walked to the door and said, ‘it’s raining really heavy, I don’t want to take my camera out there, what are we going to do?’ I am guessing that some confusion or further anxiety would have crept in on their part, now imagine it was their wedding day and the same thing happened.

So I remained relaxed and before you knew it the rain stopped and now (this afternoon) it’s sunny here in October.

Our shoot consisted of a walk around the park using the different textures of the old walls, trees and autumnal colours to get a few relaxed shots of them as a couple, what I also do is explain what I am doing and why as I go along, not to the degree of I’m shooting at 1/250sec at F4 with an ISO of 200 RAW with a 5200K temp, but why I was choosing a shady area rather than standing in direct sunlight, what I was doing when I let the branch of a tree hang in front of my lens when I took a shot, what to think of rather than force a smile to create a natural smile not forced and false.

There is a point to all of this, on the wedding day if we are doing some shots of say the bride and groom and parents, and they are standing in what looks to be a perfect spot for a shot but I ask them to move elsewhere, they know why I am doing it, not just to change the background but because ultimately they know they will get a better shot, having this information is very useful for couples, quite often I may be asked to shoot a picture under a tree for example, and it looks like it could be a great shot but when under the tree there are patchy shadows all over their faces caused by light cutting through the branches, they will understand that the light is uneven and not complimentary to them and trust me to call the shot.

All of this process creates trust and faith in what I am doing on the day, and if they are not worried or concerned they will relax, if they relax then I get better pictures, if I get better pictures they are happier, so popping out in the rain for a while this morning was a huge part of their wedding day and how they will feel on the day and they just thought they were going out for a test shoot 

Facebook page of matt james photography why not become friends? 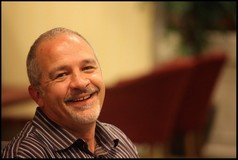 I do hope you enjoy the shots and information I put up here, its a great way of updating what I am up to rather than re editing the website galleries all the time.

If we have met you know I shoot everything from products through to weddings and portraits.

What do I enjoy most? well I guess people as they give a little more conversation that some products I have shot, but really I do enjoy every part of my occupation.

Anyway, enjoy and please feel free to leave some comments.